Quick progress update on all fronts! Team stress levels up to 167% (conservative estimate) as we get closer and closer to launching all kinds of fun stuff :) 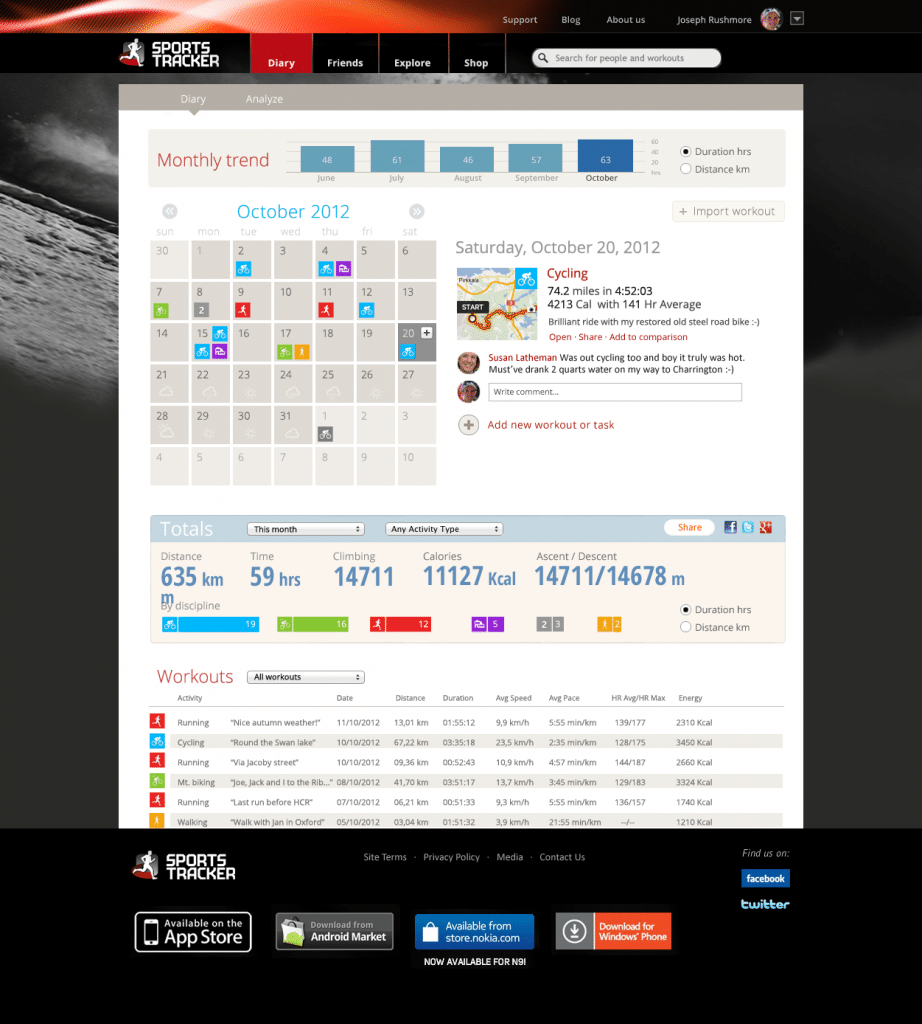 Diary Layout Up for Review

Next up for review is the new Diary view. We already posted it to our Development Community last Friday but in case you missed it you can check it out now and let us know what you think!

Based on the feedback to the new Dashboard design one thing was clear. The layout should not steer totally clear of the current “Sports Tracker Black” which was seen as a clear distinctive element when comparing to other similar services.

On the other hand the new lighter background also got a lot of positive feedback for it’s clarity and readibility.

As it always is with design it is tricky to hit the balance between “cool” and “functional” but with the new update to the layout we believe we’ve come pretty close. Check it out and let us know if we are on the right track!

While you’ve been commenting on the layouts our team has been busy building the all important backend and frontend pieces to the new site and at the moment we are aiming for the site to be in Beta during this month.

We wanted to get it out already earlier but it seems like we have been a bit too optimistic and we still need a little more time to get it up and running. We are very excited about the developments and hope that you can wait just a little longer for us to get it out for you to test.

Work on the new revamped Android app is also progressing well. We don’t have an exact date on the release yet but we are working as hard as humanly possible to bring you an app that is more stable and bug free. Stay tuned for a call for Beta testing.

iOS6 and iPhone5 related small issues and optimizations are being worked on and an update is imminent. Other news for iPhone trackers coming soon as well…

We’ve luckily been able to stabilise the service so that we haven’t had as many service breaks as we had a while back and at the same time the work on the new & improved backend is progressing well and we expect to launch it along with the new web service and updated Android app.

Thanks (as always) for your support & keep on tracking!