We know that many of you have been using Sports Tracker since day one and the more we ask around the more different types of sports we see being tracked with our app. And yet, we bet that there are also many of you who probably don’t know all the things you can track with Sports Tracker and, well, we’re here to make that right. So let’s look quickly at three sports that you probably didn’t know existed within Sports Tracker.

If you didn’t know already, there are multiple types of skiing. Ski touring is one of them and basically it allows you to both travel uphill and downhill without needing to remove your skis. It was first popularised by John ‘Snowshoe’ Thompson, perhaps the earliest modern ski mountaineer, a prolific traveler who in 1855 started using his skis to deliver mail twice a month in Sierra Nevada (he continued doing that for at least 20 years). His route had 90 miles (140 km) and typically took 3 days in and 48 hours back – talk about persistence! 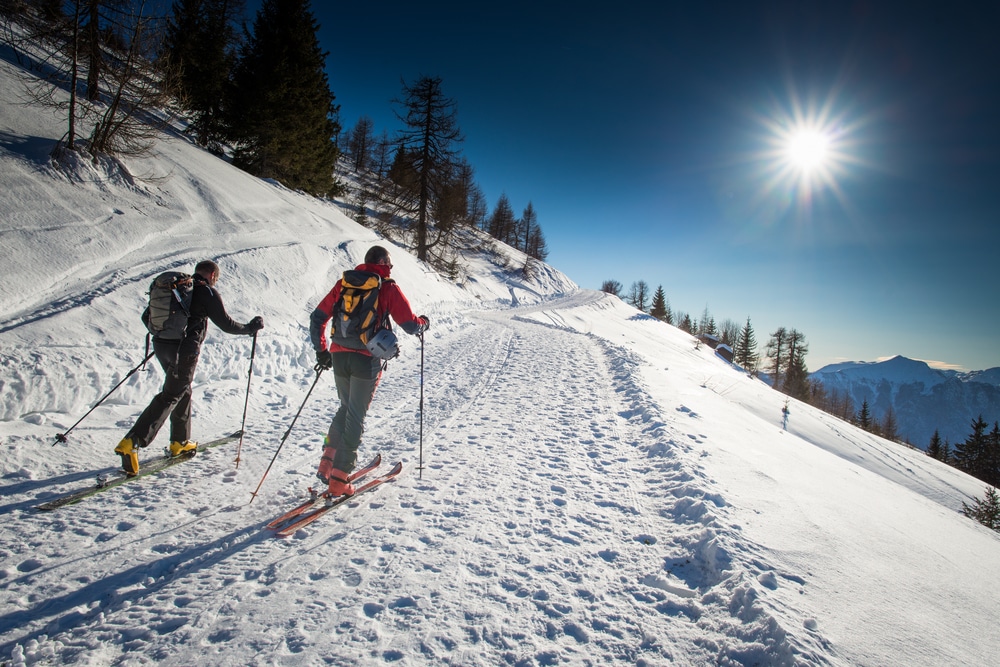 Now, here’s the great thing about ski touring: it allows you to navigate independently, it’s typically done off-piste and outside of ski resorts, and tours may well go beyond more than one day. Of course, in order to do that you need to be quite familiar with the local meteorology and have the necessary skiing skills so you don’t make a fool of yourself. Being aware of the risks of the mountain environment in the winter is also indispensable – with these typically long trips, you need to be able to assess and test snow conditions to minimise the risk of avalanche. Safety first, people!

Never tried it? There’s always a first time for everything. Go go!

It turns out that there are also multiple types of walking – and Nordic walking (also known as ‘pole walking’) is one of our favourites. Basically, it consists of a total body version of walking that can be enjoyed both by non-athletes and athletes, as long as you have specially designed walking poles (which in many ways are similar to ski poles). 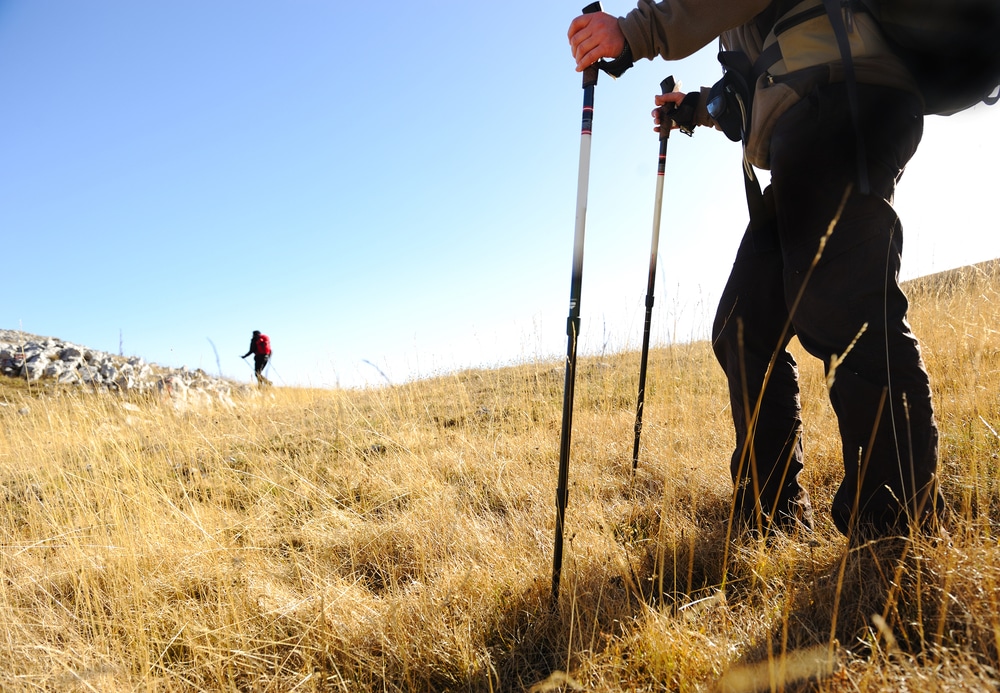 A Finnish original (and you know we love those), Nordic walking was first formally defined in 1979 by Mauri Repo with the publication of ‘Hiihdon lajiosa’ (which translates to ‘A part of cross-country skiing training methodic’) and was developed based on off-season ski training activities while using one-piece ski poles. The first poles specifically designed for Nordic walking were introduced in the USA in 1988, and the term ‘Nordic walking’ was coined and popularised by a company called Exel (who started producing and marketing these special poles in 1997).

Compared to regular walking, in Nordic walking you use more of your entire body (and with greater intensity) which is a great workout for the chest, latissimus dorsi muscle, triceps, biceps, shoulder, abdominals, spinal and other core muscles that may result in significant increases in heart rate at a given pace. It’s estimated that Nordic walking produces up to a 46% increase in energy consumption when compared to walking without poles, so if this looks like something you’d like to give a go at some point, make sure you use the Sports Tracker app to track it.

Yes – THAT parkour! While it’s typically associated with the freedom and spontaneity of how you use your body, with Sports Tracker you can actually log your parkour sessions if you’re into that. But for those who need a quick introduction to what it is, it’s quite simple – parkour is a training discipline using movement that was developed from military obstacle course training. With it you are able to move from one point to the other in a complex environment, using only your own body (i.e. there’s no assistive equipment) in the fastest and most efficient way possible. 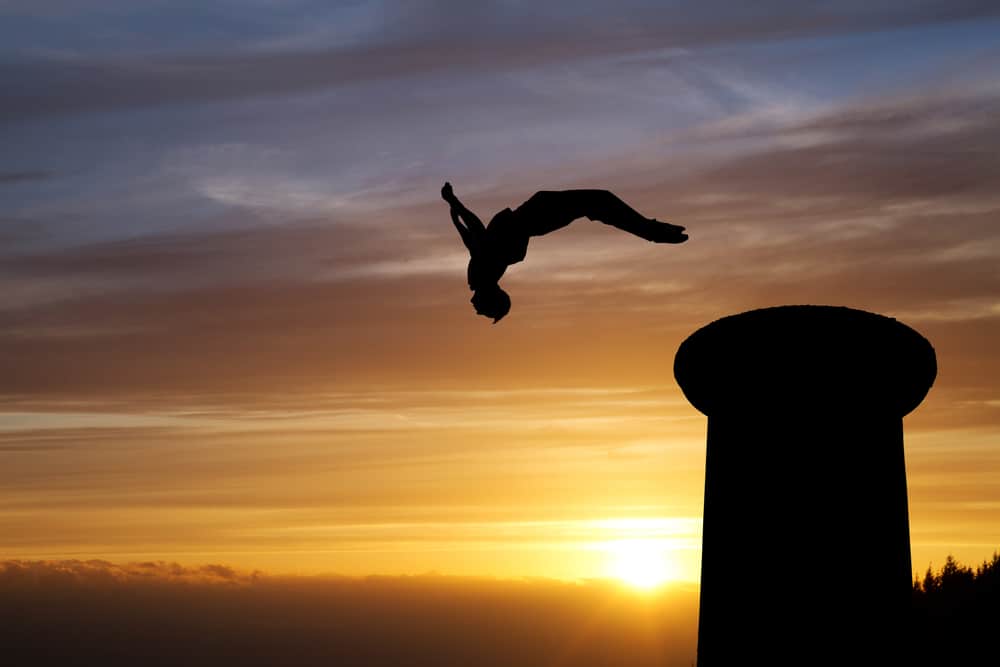 The great thing about parkour is how it’s incredibly complete as a physical activity. A full parkour workout will include running, climbing, swinging, vaulting, jumping, rolling, quadrupedal movement, among others, so it’s incredibly potent if you want to get your whole body moving (and look awesome while doing it).

Parkour was first developed in France, first by Raymond Belle and later by his son David Belle and his group of friends (the self-styled ‘Yamakasi’) during the late 1980s. It was in the late 1990s and 2000s that it became truly popular, mainly through films, documentaries and advertisements that featured the Yamakasi, and today you have more than enough examples of amazing parkour practicioners. So now you know – if you do parkour or want to give it a go at some point, you can also use the Sports Tracker app to log your workouts and stun your friends while you do it.

If you already use Sports Tracker and are considering alternative sports, here are three options. If you still don’t use the app, we’ve got you covered – just download the Sports Tracker app (available for iPhone for Android) and the next time you go ski touring, Nordic walking or just decide to do some parkour, you know what to do (and then tell us how it went).

Over to you: what’s your favourite niche sport? Let us know in the comments below, on Facebook or on Twitter.