If you are interested in taking your running routine to a next level, or just seek inspiration, you must follow Sports Tracker ambassador Stephan Baba, as he travels around the world and shares inspirational content showing his sporty lifestyle and passion for barefoot running.

Sports have always been part of Stephan’s life. He has been traveling the world since he was 17 and has visited over 62 countries. Along the way he has tried out all forms of sports from skiing and scuba diving to martial arts and skydiving.

“My first memory is skiing at the age of three in the French Alps, where my grandparents lived. Then I moved to snowboarding. During summer I followed my dad when he practiced windsurfing and I did some skimboarding when I waited him on the beach. I also practiced judo for seven years. Then I moved to L.A and there I learned longboarding.”

Later on Stephan got into more extreme forms of sports and tried out skydiving, bungee jumping and fencing, to name a few. He also passed his scuba diving license in Bali.

“To conclude, I’m addicted to adrenaline, I think.” 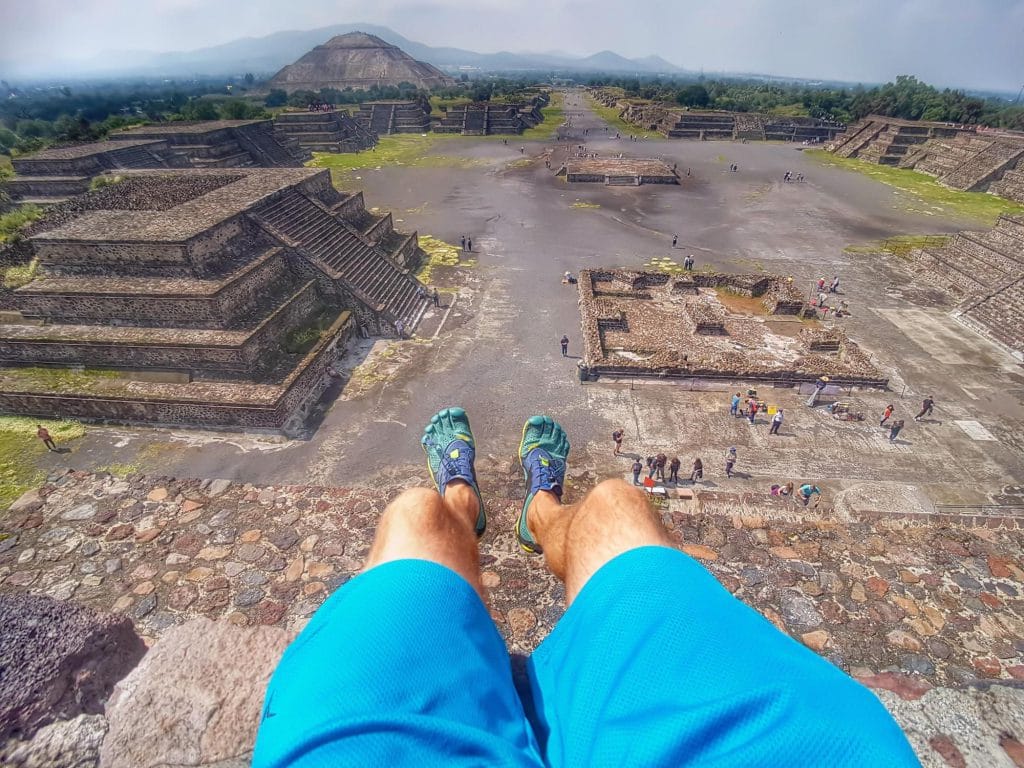 About a year ago Stephan started running. However, he didn’t settle for the usual style, as he soon fell in love with barefoot running.

“I just loved it! I started running with normal running shoes, but then I saw a TV show about the barefoot shoes and wanted to try them on. Now I wouldn’t go back for a million dollars. It’s way better for your body to run barefoot, because people are naturally meant to run like this. My main goal is to run 100km before I turn 50. Now I can do 20km, with just a year of training.”

Stephan reminds that your body needs time to get used to a new running style, as new muscles get activated. However, practicing rewards, he promises.

“To get started with barefoot running, you need to think about running naturally. It’s a state of mind. In the beginning it’s a bit hard if the soles of your feet are not thick enough. After all, you are not using the same foot muscles you use when running with regular shoes. So you might get cramps in your feet. But the more you practice, the easier it gets.”

Sports Tracker has been a helpful tool in Stephan’s running journey. This September the active tracker was chosen as one of the Sports Tracker ambassadors.

“Sports Tracker has helped me to track my route in a better way. Every time I go out to run or do other sports, I track with the app to see how I did and then try to improve it. I like the way I can share and meet new people. I am still discovering the app as it upgrades. A chatroom would be a nice feature to have in the future.”

Stephan’s enthusiasm for discovering new sports hasn’t faded as he continues to travel around the globe and gather new experiences. Sports Tracker has also enabled Stephan to connect with other athletes and he is planning to meet up with a Japanese runner he met via the app.

“Winter is coming so I want to do some heli-skiing and snowboarding in British Columbia near Vancouver. I’m also going to Japan to meet a runner I met in the app. We’ll do barefoot running together and I’ll be running with traditional Japanese shoes he made. And of course I’ll do some backcountry snowboarding near Niigata.”

You can check Stephan’s routes by following him on Sports Tracker app with the user name babastephan.

Tip: If you need support with the app please contact our customer service.